Jiří Bém comes from the Czech Republic and initially learned the profession of carpenter before he completed a restoration study in Brno. Afterwards completed a bachelor’s and master’s degree in the field of conservation and restoration of wooden objects at the University of Applied Sciences Potsdam.
In addition to working as a freelancer, his work is concerned with the goal of optimizing or solving existing problems in the restoration by the invention of technologies. The BÉM-CLAMP, which was developed for restoration, was launched in 2014.
A year later, in his bachelor’s and master’s thesis, he dealt with the improvement of projection technology. The goal was to inject glue through openings as small as possible. The resulting STENO-INJECTION significantly expands the possibilities of glue injection into wood preservation and will be available as a product in 2019. 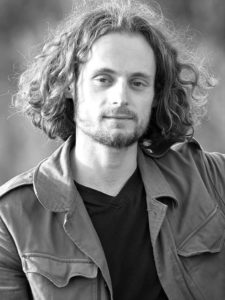